Our much loved son Henry Bromberg was born with a rare condition, Hypoplastic Left Heart Syndrome. This meant that in time, he’d need a Heart Transplant. Sadly he died whilst still waiting. He was a larger than life character, who captured the nation’s hearts by enduring his condition with bravery & optimism. He lived life to the full, packing more into 10 years than many of us do in a lifetime.

Henry was an ambassador for the charity Readathon, after they entertained him with books & storytellers whilst undergoing hospital treatment. A film which he released saying that, “My heart is plain knackered!”, was watched by thousands globally.

Henry loved media attention & never disappointed his audience. His interview on Children in Need (2015) made him infamous, when he took the microphone off the presenter and wouldn’t give it back until he had done a shout out for all of his friends! This captured the hearts of millions around the world.

Having met the famous YouTuber Dan DTM, Henry also made his impression. Dan, who has over 11 million subscribers, did an on-line video where he described the impact which Henry had on him, as well as him being ‘the funniest Dude alive’. Millions of YouTube fans across the world wished him well, changing their profile pictures to depict ‘We are Henry’. Dan dedicated his live show to Henry on 30th July, 2016 in Brighton.

Henry was not just a media star; he was a hugely loved son & grandson who is sorely missed. He has left the biggest gap imaginable in our lives. He was an articulate, popular little boy with a love of life & wide range of interests. He loved his iPad,which was a source of learning & interest including geography, religion, politics, & cooking. He longed to travel & managed some memorable trips throughout Europe including walking in the foothills of Mont Blanc. Henry was funny, cheeky & mischievous, & had the ability to light up a room & bring laughter to all.

Henry had many operations & massive amounts of medication. Instead of putting him off hospitals, his ill health served as an inspiration to help others. Following a brain abscess in 2011 he had a dream of growing up to become a Neurologist.

Henry was on the waiting list for a heart transplant with many other ill children, but an organ never became available. This is sadly a reflection of the low numbers of donor organs available in UK. If you are not registered please consider doing so now at https://www.organdonation.nhs.uk/.

This memorial fund is to help celebrate Henry’s life. As parents we have been overwhelmed with offers of support & suggestions to celebrate our son. We would very much like to be at the forefront of organising these events & lasting tributes & this fund will help realise those wishes & also support the three charities closest to ours and Henry hearts. We will update the News section on chariable donations which have been made from the memorial fund, as well as any forthcoming events.

We are currently raising money for a memorial bench for Deerhurst Church for his parents, family and friends to sit on whilst visiting.

Do you have a story, photo or video of Henry?

If you have a story, photo or video of Henry that you would like to share with us then please email it to us at: 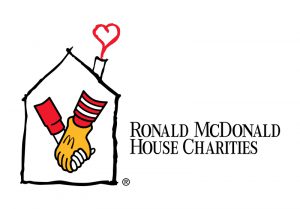